The media has been full of people piling on tennis player Bernard Tomic in the past week. Tomic was knocked out of the first round of Wimbledon earlier this month. Since then, he’s suggested in several interviews that he rarely gives a 100 per cent to the sport and has lost any love for it he once had.

Armchair plaudits and even some experienced journos have been quick to bag him out. “Arrogant”, “ungrateful” and even “UnAustralian” have been thrown around. But what’s behind Tomic’s controversial claims? I believe he’s suffering from serious burnout. And rather than blame, he needs support.

Many athletes end their careers prematurely because they are burned out and need a break, but just can’t see it. Or, as is often the case, aren’t given the opportunity to have that break.

The pressure to keep performing – to keep winning for the sake of their sport, their team, their coach, their sponsors and their fans – can be intense. And that same intensity can keep athletes pushing through the warning signs of burnout until it’s too late.

The warning signs of athlete burnout

Tomic himself has noted he is experiencing most of the above.

Sport and exercise have been shown to improve mental health and wellbeing by releasing mood-enhancing neurotransmitters like serotonin, which promote feelings of calm, and dopamine, which excites us into action and motivates us to do things. But there is a limited supply.

When the mental and physical demands placed on a person are greater than their personal resources to meet those demands, the stocks can become depleted. The demands made on an elite athlete’s personal reserves, especially if there’s no rest or downtime, can easily tip them over the edge. It doesn’t take much when they already ride the fine line between optimising performance and going too hard; too fast.

The human body needs to continuously refuel to replace depleted energy stores. Like the body, the brain also needs energy to function. Higher states of emotional energy, both good and bad, burn more fuel. A constant state of high mental and physical alertness can empty the mental tank – depleting those important neurotransmitters, while at the same time producing excessive chemicals associated with stress.

Even positive energy can rapidly burn through energy stores, and that depletion then compounds the feelings of burnout.

If an athlete reaches true burnout point then the only real choice they have is to significantly reduce their training load or even take time out completely. It’s likely they’ll also need third-party support to delve into why they have reached that point and how they can recover their intrinsic motivation.

On coming back, there needs to be a greater emphasis on the athlete setting autonomous goals. And on proper recovery. Burnout can be a breaking point, but it can also be an opportunity for an athlete to regain motivation, build mental resilience and come back stronger than before.

The question is, where is Tomic’s support network? He is exhibiting nearly every sign of burnout, something that can’t have escaped his team. Why haven’t they taken him off the court? 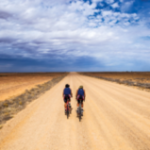 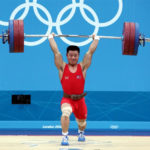 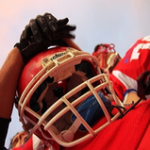