Olympic sculling champion Kim Brennan does not put any gloss on it. Working during an elite sports career (in her case, rowing) is “tough”. But the 2016 Rio Olympic gold medalist, who since last year’s Games has worked at EY as a Technology Manager, believes that her dual pathway brought the best out of all areas of her life.

“I don’t think I would have rowed past the 2008 Olympics if I didn’t have my work and study on the side,” Brennan told Crossing the Line. “As much as I loved rowing, sport can be such a rollercoaster journey. Having the leveler of study and work gave me the ability to ride out low points and better enjoy the highs.”

During her elite rowing career, which began in 2006 at the Australian Institute of Sport, Brennan, now 32, believes that her hectic tight schedule, juggling training and racing with law studies and then work as a lawyer, has been beneficial for both her rowing and her vocation.

During her 11 years in elite rowing, Brennan earned a Media and Communications/Law degree at the University of Melbourne, graduating in 2010, and then worked part-time as a lawyer. The parallels – and mutual benefits – between the two disciplines were clear.

“When I was in the peak of Uni, I could study for eight hours straight,” she said. “The ability to concentrate is a learned skill that improves with practice. This concentration definitely helped my rowing. Purposeful practice is a really tough skill. To truly be in the moment and learning every stroke of every session is a rare gift.

“It’s being able to not drift off, to maintain intent and relentlessly persist at learning. Rowing also helped my work. It made me better at asking for and taking feedback; of learning and changing and adapting; of working in teams and get the best out of my colleagues and myself.

“Both areas also help build resilience by learning that life is not linear and often we learn more through failure than success.”

Dual pathways: the gains and hardship

Brennan, also a former 400m hurdler, will speak about dual pathways at the Crossing the Line summit in Sydney on Friday, November 10 (alongside Cook).

It hasn’t all been smooth sailing though. The “toughest time” came when Brennan was rowing, working and finishing university. She was “doing a full subject load,” working part-time as Communications Manager at Athletics Victoria and also training eight hours a day in Canberra.

“There was no time in the day that I wasn’t training, studying or working,” Brennan said.

“That was pretty tough. But it is wonderful to look back on. I can’t think of a day I’ve ever been as busy as I was then. It gives me perspective.

“Work helped me with training. It meant that I was more likely to be 100 per cent switched on. Leaving the office of an afternoon, it seemed like such a blessing to be able to leave early to go and row my boat.”

“The contrasts made me a lot more appreciative of sport and work.”

Brennan attributes her commitment to a dual pathway to her parents who encouraged her to study and work while rowing.

“This was particularly important in a sport where it is not possible to rely on funding to always make ends meet,” she said. “But more than that, having work outside of training kept me challenged, helped me continue to grow and gave me the confidence that if my sporting career ended tomorrow, I would have something to fall back on.

“This also gave me freedom to give my absolute best to sport with the freedom of knowing sport was just part of what made me, me.”

Brennan concedes there were inevitable clashes between study, work and rowing; but to minimise them before major regattas she would take about one week of leave. “It is hard to concentrate when you’re really nervous,” Brennan said. “I always tried to plan my life so the parts would work together best. This meant not setting unrealistic expectations with work, but also knowing what circumstances I needed to be able to train and perform at my best.”

The importance of sporting support

As important as the backing of her employers was, her coach, Lyall McCarthy also supported her wish to follow a dual pathway. And Brennan believes all sports should be supportive of dual pathways.

“It’s really important that support staff in sport understand how important it is to have athletes who can think for themselves and make the right decisions,” she said.

“Sports that stand in the way of their athletes developing as people really have a lot to answer for.”

A major influence for Brennan too has been her husband Scott Brennan, a former rower and 2008 Olympic double sculls gold medalist and doctor who she married in 2015. “He has made me a better person,” she said. “I still feel I only achieved a gold medal because I copied everything Scotty did. The perspective Scotty brings as an emergency doctor … seeing hardship and sadness, makes us realise every day how lucky we are for the opportunities we have.”

Meanwhile, at EY, Brennan has also helped to create the EY Sporting Employment Program, which aims to provide elite athletes near the end of their sporting careers with part-time work. Brennan said she “dreamt up” the program “over coffee” with the person who employed her, EY partner Luke Healey.

“We were talking about the talent pipeline, and my view was that we were missing some of the best and brightest employees because they weren’t able to work full time due to sport. Luke got it straight away, and helped me bring it to fruition. The program is aimed at athletes who are still competing at the highest level, but nearing the end of their sporting careers.

“It is an opportunity for EY to prove they can accommodate flexible work and access amazing, energetic, passionate young leaders.”

When it began, Brennan received 80 responses from athletes when only 10 were expected. Applicants are currently being processed and matched to the EY teams where they best fit. The first new recruits are expected in coming months, but Brennan says that there is a grand plan for the program to spread internationally within EY.

“The global EY team is on board, and the Australian Sporting Employment Program will be a pilot for similar programs across the world,” Brennan said. “EY have already run various sporting intern programs for recently retired athletes, so this fits nicely with their commitment to sport and assisting sporting leadership.”

Little wonder, with all that is going on in her life, Brennan has barely had time to miss rowing. “I thought I’d miss rowing a lot more than I do,” Brennan said. “I miss racing and my teammates, but I feel so challenged in my new job and am surrounded by a great new team.

“I have a lot more time at home with my husband and my dog, and have many new passions – the EY Sporting Employment Program being one of them, but also the Australian Olympic Committee Athletes’ Commission, the Chef de Mission of the Youth Olympic Games, ambassador for the Alcohol and Drug Foundation and for the Reach for Nepal Foundation … The world is a big and exciting place!”

It certainly is with Kim Brennan in it. 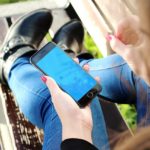 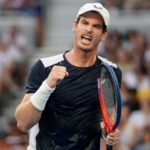 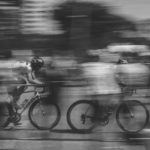