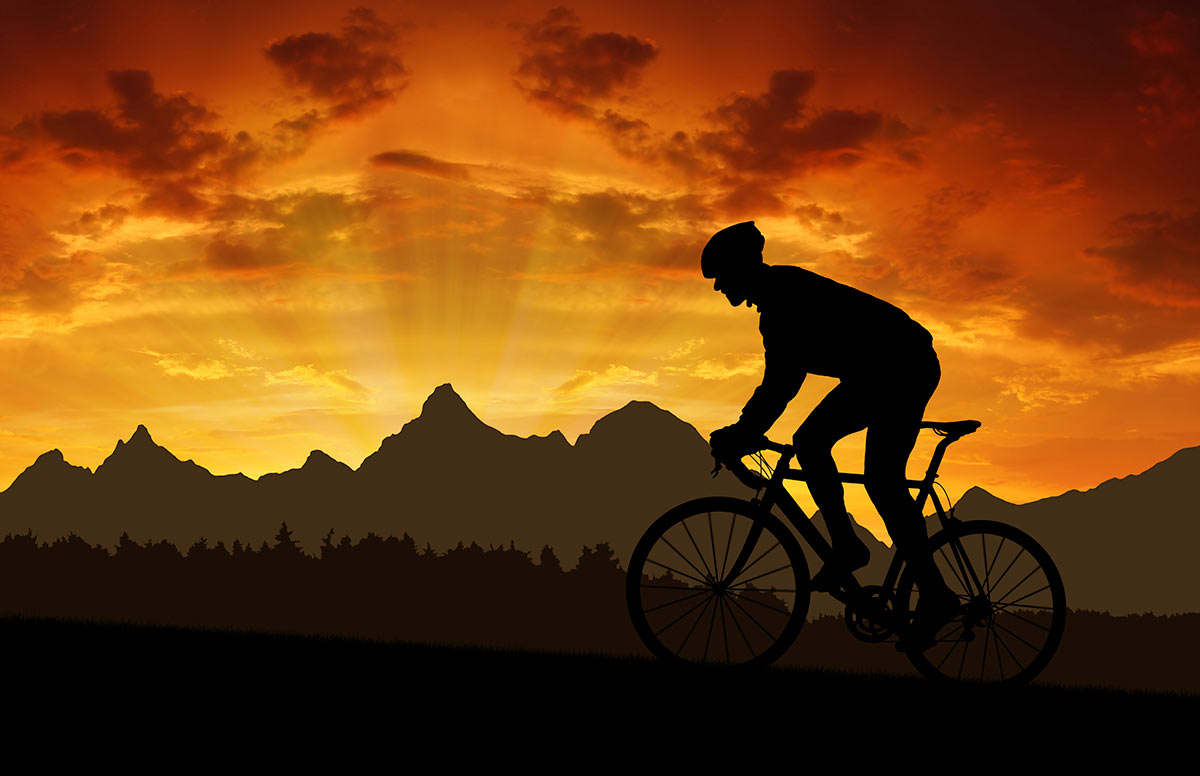 The very process of putting this story together has been a cathartic one and I have felt a burden lift off my shoulders. Perhaps now I can start to close the door on a challenging chapter and look to what lies ahead.

BLISS: I was never a professional, just a strong amateur cyclist. I started the sport when I was 13 years old and fell in love instantly. I had played many different sports but this was something else. Most of the readers here are sportsmen or women and know what I mean when I say that it didn’t take long to become a “cyclist”. I began to read magazines, articles, websites all revolving around cycling. School was never a top priority so most of my time went into cycling research. In the same way a relationship can become passionate, obsessive and all consuming, my relationship with my sport was the same. I don’t believe this to be a bad thing. To be driven and focused towards a goal is something that many people never even contemplate in their lives. Would you rather have tried and come up short or live your life afraid and scared of the challenge only to die wondering what could have been?

Once I left the school gates for the last time cycling was at the forefront of my mind. The thought of a career, university or even employment didn’t resonate with me for a second. I had met many coaches, mentors and former athletes who had lived through the haunting reality of not chasing the dream. I was determined to not let this become me.

I was working in bike shops to support my training and racing as it allowed me to further encase myself into the sport and train and race with some amazing athletes. Over the course of three solid years I ended up riding in the Australian National Road Series. I was just managing to complete these races against the best road cyclists in Australia. As you can imagine the froth, motivation and determination was higher than ever and to have finally cracked the start line in these big races meant I was on track.

Bottle of wine per night: In the early part of that third year I was experiencing some niggling injuries, these were mostly managed through various physiotherapists. In the end of the 3rd year this niggle had come back and wasn’t mucking around this time. I was misdiagnosed by many different physiotherapists and assured that stretching, core strengthening and massage would take care of it. It never did. The final straw came after months of back and forth and poor results. I lasted no more than five minutes in many races and progressively felt worse when training. For two weeks I was confined to bed with copious amounts of anti-inflammatories and at least a bottle of wine a night to allow me to sleep. Most nights I did not as I was in tears screaming with pain. This progressed to a slightly better state where I could move around but not do anything more than move from bedroom to bathroom.

My only relievers – anti-inflammatories and alcohol – were still there.

By this stage I was well into an exercise and sports science degree and was progressing through anatomy and neurology subjects. My understanding of the human body and its ailments was greatly enhanced compared to the average athlete. I went to a radiography clinic to have an MRI taken of my lumbar spine. I was sure I had some sort of issue going on with my intervertebral discs and this was causing nerve impingement or damage. This was the only thing that made sense to me and could explain why I was constantly riding with just one leg active.

The walk from the clinic to my car holding the images and report in my hand was not dissimilar to the feeling of being on a start line where the heart is racing and the all too common “what if” fears creep into the headspace. “What if I’m completely fucked and can’t ever ride again?” or “what if I need to have a major surgery?”. My self-diagnosis was spot on, I had two desiccated discs in my lumbar spine and what was left of these discs was pressing onto the lumbar nerve roots. The feeling I had been experiencing on and off for almost a year was now explained.

Black and white: This clarification meant things were to head in a new direction. I finally had a clear understanding of what was going on. This alone gave me an overwhelming sense of relief, it almost felt as if I could finally sit back and accept the fact that I was fucked. Up to this point I had felt I was clinging onto a fraying hope that I would be ok but every little setback would derail me and make me feel less and less likely that I would make it through the other side. I had been empowered with the knowledge of the black and white status of my injury. My mentor and coach led me to a doctor whom I finally trusted. We talked of treatment options and finally, after years of beating around the bush, I was given the message straight. Surgery was required but at my age the only surgeries available would need to be repaired in ten or twenty years’ time. The experimental surgeries around seemed promising but still had a long way to go before being 100% safe.

Depression: I was prescribed neuropathic painkillers to help manage the pain. This along with the beginnings of an alcohol addiction allowed me better tolerate the pain and to start to function somewhat as a human being again. I wasn’t riding and wouldn’t ride again for six months until I began to feel relatively comfortable with the constant pain. I started to ride and slowly I was able to manage reasonable distances. The pain hadn’t dissipated at all – I had just gotten used to living with it. Living with the pain meant my friends and family had the pleasure of me being frustrated, angry, emotional and tired. This was all combined with a general pissed off nature as well as acting and behaving like a slowed-down, stoned version of myself.

It was not long after I had started my period of doing nothing much when I was diagnosed with depression. I had no idea I had depression until I started to complete some questionnaires and talk to my doctor about it. It clicked suddenly that I was a depressed, out of action sportsman. Anti-depressants were added to my medication treatment. The next 12 months was a sorry affair with relentless pain, countless relationships strained and broken, but worse of all very little riding. I had completely lost the feeling of being a cyclist. This was the thing that stung me the most and when I thought about that one thing I truly did feel the depression. I had lost all the fitness I once had and couldn’t push the pedals hard even if I desperately wanted to. My body just wouldn’t allow it.

Acceptance: At the time of writing and eighteen months on from the MRI scan and the discovery of what was going on, I am finally able to live and function as a human again. I am free of any medication and live with far lower levels of pain on a daily basis. I have been able to ride consistently for the last 6 months with my fitness slowly improving. I am still troubled by back pain and my left leg has weakened from a nerve impingement. I don’t know if I will ever be able to race again and to be honest I’m not sure if I even want to.

Part of me wants to be back in the peloton and racing but the reality of the situation is that my body simply won’t allow it at this stage. I have, after a long time of internal torment, accepted this fact. That idea initially scared the shit out of me and made me ponder my very existence but I have now come to accept it as reality. I’m happy to be able to be relatively pain free and ride when I want to ride. Time will tell where I go with my own cycling but since being out of action I have moved on to other areas of interest. I’m involved in cycling as a coach and work in the cycling industry amongst other roles. Living vicariously through my athletes has become the new avenue for me to feel the joy and exhilaration I once felt as an athlete.

I know many athletes face challenging turning points whether it be injury, retirement or bans. For me, the biggest challenge I faced was figuring out my identity. I had set myself up to be a cyclist and was happy to make every sacrifice needed to make it happen. When the tools that you need to follow a career in sport are taken away you are thrust into limbo where you no longer are an athlete but you are also not yet willing to be anything else. Finding your way through this crisis is no easy task and something that unless you go through it yourself you cannot know how it is.

If you’ve read this story and you find yourself connecting to something I’ve said you should know that it’s not all bad. Amongst the times I was clinging to the remnants of my ability there were always positives that came along with the tough times. There were many powerful lessons I learnt which helped me through the most painful moments, I will share two of them.

Don’t sit back and accept your fate. You must decide to define your own circumstance and not let your circumstance define you. For most of us athletes, this isn’t a natural behavioral trait. We tend to be highly driven people who are resilient in the face of difficult challenges. When thrown into limbo this can often unsettle us and completely throw us off keel and making any move becomes impossible. I went through many forms of treatment, therapy and health professionals to find the right one. I didn’t rest until I found the right doctor who was able to tell it to me exactly how I needed to hear it. You may hear news that hurts but once you know what is going on you can start the next step of treatment and begin to fix yourself.

Talk about it. I told almost nobody about my injury. There were a select few people who know exactly what went down and where I was. The nature of my injury meant that few people would understand exactly what it felt like and would understand the reasons for my behaviour. I didn’t help people to understand my injury enough for them to be able to help me. These were often the people who deeply cared for me such as my family and close friends. I rarely sought out people who had been in a similar position to me and asked them for advice. I thought I would just get through on my own. Not a good plan.

The Footy Show, an Australian production, takes a candid look at depression in sport in this two-part video series. 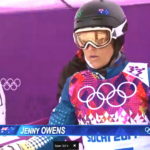 Not for a second did I think adjusting to “life after sport” would be easy.