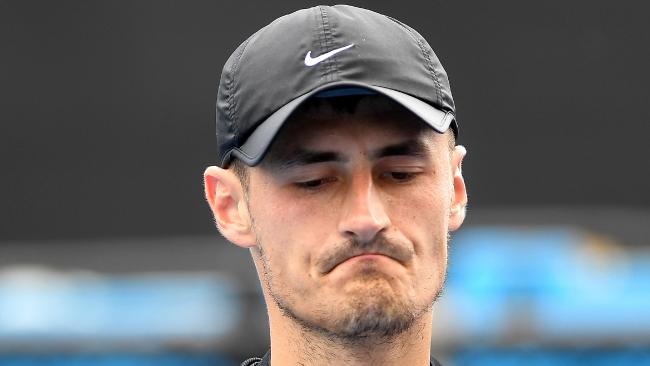 Undoubtedly, Bernard Tomic is burned out. He is displaying all the signs of an athlete who is not feeling his sport anymore: he is mentally disinterested and has now openly stated that he feels depressed for prolonged periods.

‘Burnout’ doesn’t just mean he’s physically exhausted. It’s a psychological state brought on by complete neurotransmitter depletion. High-performance sport cannot be realised in such a state. We have seen Tomic struggling with burnout for a year or more, but nobody has labelled it.

Tomic has entered the space where his sport has become the ‘uncomfortable comfort zone’. A place that he resents and which causes him stress, but is the only world he knows, so it is preferable to stay there rather than face the unknown. The only unknown in Tomic’s tennis world is the result of the next tennis match, the rest – his training, his schedule, his diet – is a known entity.

This why we’re seeing him flipping back and forth between admission and then denial of his mental health concerns; humility in the face of his past year, followed by seeming arrogance.

Sometimes it is easier to stay in bed with the devil than to risk struggling with a bigger one: life without tennis.

In desperate need of a break

When they reach the point where they need to break free, many athletes feel they have no other choice but to call time on their careers. The only way they can get air is to step away from the sport entirely. Many way too soon. But what if they were allowed to take a break for a year rather than disappear?

Would we keep our great athletes for longer if we allowed them the chance to take a breather from competition, sponsors, fans, media and the daily grind? Absolutely.

Tomic needs a break. That is blatantly obvious. Stepping away from the tennis scene, the daily ritual, the rut he finds himself in, the scepticism and the lifestyle he has created, is the best thing for his career as well as his life. Detaching from what is making him depressed. Stepping into “the real world” and spending time with strangers who think he is neither a God or an asshole. Where he can find out who he really is, and be that person for a while. Quieten his mind, let people forget about him and allow his passion for tennis to creep back onto his world.

If he takes a year out, completely away from his tennis entourage, he might have such a grounding experience that he may never come back to the sport. But history has shown that many athletes who have taken breaks from the sport, come back stronger, more passionate, more settled and wanting to be there, because they chose to be there. Michael Phelps is a prime example. Female athletes, such as Serena Williams, who’ve taken time out to have babies often report an enlightened second part of their career. A large number of Olympic athletes take a year off post Games to build back up for the next one. The list goes on. I know people who say they wouldn’t have had their long and successful sporting careers if they didn’t have breaks along the way.

Many label Tomic as a mollycoddled brat due to his behaviour and comments. But all he knows is behaviour in the context of tennis and the people around him. He has never had to learn how to regulate his emotions. His bubble likely contains “yes men and women” who pander to his whims – a possible overreaction to the dominance he experienced under the guidance of his father.

It’s clear that there’s no one there that was willing and able to step in and stop Tomic entering the ‘I’m a Celebrity…’ jungle.

At this point in his life, Tomic needs to be told what to do… just a little bit. Until he has recovered from the burnout out. Until he has learned the skills he needs to make mature decisions. A strong but independent figure in his life who has no investment in his sporting career, only in balancing the guy out. Someone to tell him to step out of the sporting world for at least a year. Risk his endorsements, slide down the rankings, lose his top end fitness and forget about tennis. Spend time in the world the majority live in. Put himself on the back foot. Have relations with others that are more equal. Learn from “normal life” and bring that experience of the real world back into his game with a passion for his sport that he will hopefully get back from his time away from it.

What does he have to lose at this point? He has everything to gain.

Staying in tennis now may well end his career in the not too distant future. His recent antics are a cry for a break. Can he let himself do that? Is he ready to meet Bernard “the guy” without Bernard “the tennis player”? It’s time for that to happen.

If he takes time out now and uses that time to become a more self-aware human being and broaden his life experiences then we may be entertained by a brilliant, more mature Bernard Tomic for a long time to come. If not, we could well be witnessing the end of the sporting road for someone who could still rock the tennis world.

Whatever the case, let’s hope Bernard gets the grounding he badly needs. Otherwise may also be witnessing a complete mental breakdown. 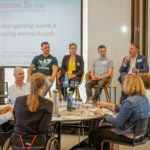 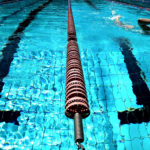 It took me sessions of personal coaching to realize that in almost every area of my life, I had stopped setting goals.