Retirement and transition is an ongoing process with no clearly defined end point. Many athletes don’t realise that a transition process exists when they retire from sport. There is a process of grief or loss that has to be endured before moving on to the next phase of life.

Much like a death, the athlete must learn to let go of the life they once had.

This dawning realisation might never occur for some ex athletes who still bask in the glory of yesteryears “in my day it was so much better” – come on, we all know that person and if you don’t then you are probably that person!

All jokes aside, some people – especially women who have children straight after they retire – might not get hit with the loss of their sporting career until they have the time to think. It could be five years later or more.

Saying there are stages to transition is tricky in that it hints at their being an end point or a destination. I think it occurs in a cyclical fashion and we go through the stages one after another. They then repeat the whole way through our lives. Our sporting life was just a very exciting and special cycle. The tough bit can be letting go and moving onto the next cycle.

The grief process is described well in a best-selling book called “On death and dying” by Elizabeth Keubler Ross. She describes the stages of grief that must be endured before acceptance or peace is felt.

The speed of movement through the stages is very much reliant on the type of individual you are and your level of self awareness. The manner in which you have retired is also critical. Was it because you were “forced” through injury or life circumstances or if you have chosen to retire because you felt it was the end of the road.

The important thing to note is that the transition process has no defined end point – it is something that will be FELT over time.

Most athletes are used to having fixed goals and working to achieve them, aided by data and progress indicators. The end point of your transition will be FELT and may take a lot longer than you imagined. Unfortunately for athletes we can be programmed very well to physically feel but not emotionally feel.

At the beginning you may feel SHOCK. It may be a good feeling of new found freedom – able to eat whatever you want, having no regime, going out partying with no repercussions etc.

It could be a bad shock. Suddenly you have nothing to do and you are struggling to grasp the concept of having “nothing to do” or having nothing to aim for. Your friend base of athletes have moved on and suddenly you feel like you are alone and a fish out of water.

To deal with the shock we often move to stage two: DENIAL. This is where we can block out what is happening. Blocking out the shock. Sometimes athletes are programmed to keep stuff hidden and not show their emotions and weaknesses (see emotional backpack).

In the DENIAL phase this is where destructive behaviour can creep in as a coping mechanism. Drinking too much, experimenting with drugs, being withdrawn and refusing help.

The DENIAL phase can also be really hard for your friends and family.

The next three stages can come together, and can last for a long time if we don’t talk about it and seek support. ANGER, BLAME, QUESTIONS where you can experience:

The honeymoon period of denial is over and the road ahead can seem long, desolate and with many forks in the road. Many marriages and relationships have ended in this phase. The partner of the athlete, having waited for years to have them home is suddenly dealing with a grumpy, directionless, depressed individual who has no answers and just wants to be left alone. It is a very typical occurrence.

The last phase is ACCEPTANCE where you finally are in a position to move forward and where you can:

Move on in a changed world. Re-discover your intuition. Discover a new passion and reason to get out of bed in the morning.

The key to this is being aware that your transition is a PROCESS. Rather than suffering in silence and dealing with the challenge on your own, you can go and seek help from former athletes, therapists and counsellors who can help you through it.

EVERY athlete will move through this process at DIFFERENT SPEEDS.

Any ex-athlete who tells you they haven’t experienced at least a tiny bit of the above is probably stuck in the denial phase themselves! 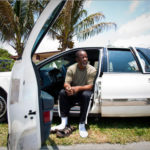 From star athlete to homeless

From boston.com – former NBA star Ray Williams tells of his journey from top scorer to living out of the back...
Read More 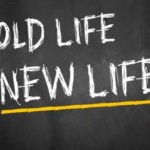