Ray James is sitting in a street level café at the bottom of the Law Courts Building in Sydney’s CBD on a Tuesday afternoon in February. The softly spoken lawyer, dressed in a suit and bow tie, reveals that a few days earlier he completed a marathon, 84 laps of a 500-metre track in Caboolture in South East Queensland.

It’s one of 280 marathons James has completed since 1982. By April 2009, minus a 10-year break while in the clutches of alcohol, he had finished his first 100 marathons and six years later, he hit the 200 mark. He’s also completed eleven 100 mile ultramarathons and the grueling 240km event, Coast to Kosciuszko. Right now, he’s third on the list of Australians in the 100 marathon club, behind Grahame Kerruish with 312 and leader Trent Morrow with 317.

As a schoolboy in Sydney’s south west, James played rugby and in 1966, represented NSW in a 400-metre track event, placing third in the state. He studied law at the University of Sydney and despite continuing his rugby, running got the flick. But after a few City to Surfs, James finished his first 42.2 kilometre jaunt, the Legal and General Harbord Diggers Marathon, in four hours and 25 minutes.

“It was horrible, I remember running well until Dee Why on the way back and I was like, ‘man this is a long way,’” says James. “I ran one or two more around that time – my son was born in May 1984 … and I never ran again until I got out of detox.”

That was the Cities Marathon in 1997 after a 10-year stint of heavy drinking. A traumatic couple of days at work early that year forced James to make a change.

“I said to the secretary, ‘you need to call an ambulance and tell them to take me here [to rehab]. “I’d had a couple of bad days and I knew that something serious was going to happen to somebody through me not being in control so it was time to get out,” he says.

James spent five weeks in rehabilitation trying to work out why alcohol had become such a big part of his life.

“I don’t think I ever did work it out except that I was probably just getting older, things were happening with work that maybe I got upset with and from being a non-drinker, it just got out of control. I would drink 24×7, seven days a week, always topping up – going through at least a bottle of scotch in a day and a half. I drank alone, nobody knew.”

While in rehab, James would take morning walks and runs. His doctor knew he had been a runner and let him out under the proviso that he would be breath tested when he got back.

“I had no drama with that,” James says. “A lot of people in there were so ill, I was pretty lucky, I’d been off the booze for nearly six months anyway and I had done a bit of exercise and lost a bit of weight. I came home and got to reflect on what I wanted to do.”

James trained for the Canberra marathon in 1998 and finished the run in 3 hours and 16 minutes, surprised that he was so much quicker than he had been 15 years earlier.

“I said to my wife, ‘this I what I would prefer to do than go to AA meetings,’” he says. “There’s one [AA meeting] around at the church here [near the law courts] that I used to go to. A few judges go to it, but you don’t say anything, you’re anonymous in there and you are anonymous outside. And you would never wink or nod to anybody who you see,” he says.

James was sick of ex-drunks telling their stories; he needed to run.

“I don’t think my wife really understood that was how it was going to be. I am not saying she was against it, I am saying she couldn’t understand that when I ran one [marathon], I’d be asking, ‘when is the next one and the next one?’ until it got to a point where I was away every second weekend.

“But now [she’s] fully supportive and you can’t stop the tide of inevitability. Now she travels with me and enjoys the friendship.”

At this point, James doesn’t feel he needs running to keep his demons at bay. He says individuals can come out of rehab completely dry and still have the same issues and although he never really identified what his problems were, he says he has well and truly left them behind.

“Indeed, I have a medication I have to take every day, it’s in a cupboard. I open it up and all the alcohol that’s in the house is sitting there; it’s as if it is not there,” he says.

The medication is used to treat James’ prostate cancer, which was diagnosed in 2013. James had been seeing a urologist who found that his prostate-specific antigen (PSA) had risen significantly. PSA is a protein produced by cells of the prostate gland. The blood level of this protein is often high in men with the disease.

His prostate was removed but cancerous cells had escaped and were present in surrounding lymph nodes. He was initially treated with radiotherapy.

“They couldn’t operate because it was in too many places so now I have hormone therapy – the cancer that comes from the prostate usually grows from testosterone, that’s its preferred food. The hormone treatment tells your pituitary gland that you are overproducing testosterone and the body stops [producing the hormone]. Every three months I have a slow release injection.

“For the last two and half years, the PSA reading has been undetectable … so essentially it’s not active,” he says.

James is now in remission. Despite tiredness and some weight gain from treatment, he’s still running.

“I’ve got great supporting running friends who tell me it doesn’t matter how fast you go when you are out there – don’t give up because you’re slow, do what you need to do in the capacity that you have got.”

He is nowhere near as quick these days – it took him six hours and 25 minutes to complete the Caboolture ‘Dawn to Dusk’ marathon in February. But given what he’s gone through, this has taken great courage and determination.

James is positive about his future, he feels healthy and watches his diet closely.

“I’m not very active on Facebook but I have a page. I run around the bay at Five Dock – most of my photos are sunrises around the bay because I am out early and it just gives you a positive feeling. I think being positive about everything, [allows you] to move forward,” he says.

This is an excerpt from an article originally published by Byron on his blog. You can read the full article here. 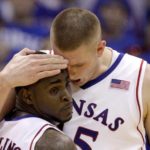 Interesting look at a newly developed mental wellness intervention for student-athletes in the US – ‘The Optimum Performance Program in Sports’, or TOPPS. 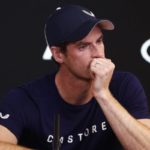 Breaking away from sport’s ‘no pain, no gain’ culture

As Andy Murray makes the difficult decision to retire due to injury, should we be looking at narratives other than sport’s ‘no pain, no gain’?