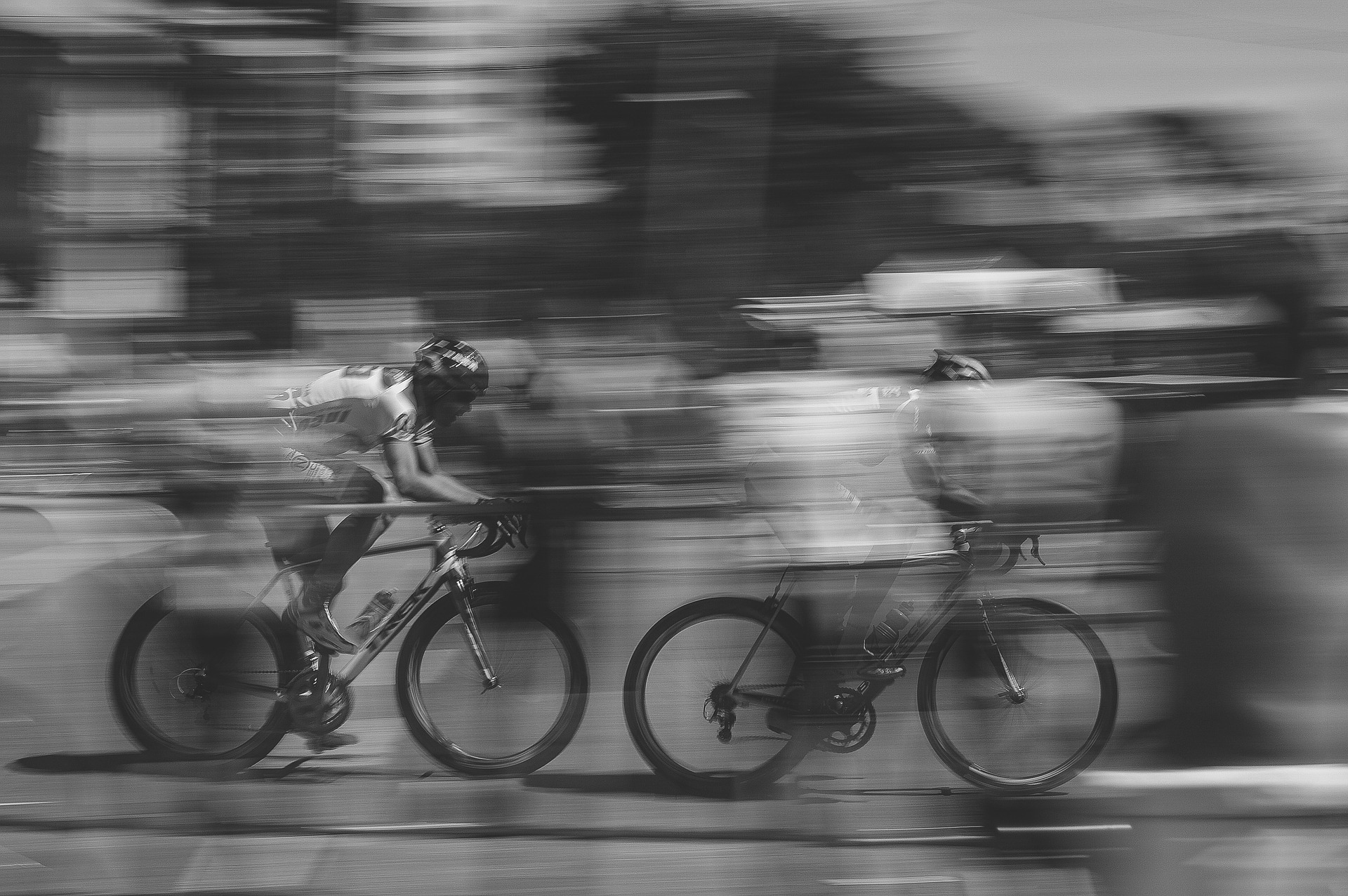 Standing outside a packed church in Sydney in August, I had two thoughts. Both were most probably shared by the other 200 or so mourners who were also unable to get a seat inside. First was the grief I felt for a young life tragically lost far too early. The second: “How did it come to this?”

We had gathered at the Penshurst Presbyterian Church to farewell Stephen Wooldridge, a four times world team pursuit champion and 2004 Olympic Games team pursuit gold medallist. Eleven days earlier, aged 39, Stephen died by suicide, leaving behind his family – including three children – and so many friends around the world.

While privately trying to make sense of what had happened, I noticed standing next to me another former Olympic cyclist who I’d not seen since they ended their elite racing days. We’d kept in contact through Facebook, but never caught up face to face. After a quick hug, we were chatting under a winter’s morning sun, brought together by circumstances that are sadly happening more often than we would have ever wanted to imagine.

Memories were still fresh from former Wallaby Dan Vickerman’s suicide on February 18 at the age of 37. We spoke of this, and of how endemic mental health issues are in sport. We talked of how demons can develop and grow during a sports career. How they can take control of a person, before and after retirement. How athletes can be left to struggle on their own, having lost their sense of purpose, direction and self-esteem.

The former Olympic cyclist then cited, as an example, how they had felt abandoned by a system run under the umbrella of both Cycling Australia and the Australian Institute of Sport. But that they knew they were not alone, that cycling wasn’t the only sport where issues are rife. We agreed. The story of Australian sport is not the fairy tale many liken it to; not the positive story many would like us to believe.

The price athletes can pay

The pursuit of excellence in competition can come at a price. No one can say exactly what drove Wooldridge and Vickerman to suicide. Nor what tragically drove cyclist Brett Dennis, 46, a 1994 Commonwealth Games team time trial gold medallist, to take his life on September 22. But those three suicides alone showcase the need for Australian sport to address the subject, as it must so many other issues that affect both the mental and physical health in the cocoon of athletic life.

From racism, sexuality, alcohol, eating disorders and self-harm to doping, social drug use, involvement in illegal betting, event fixing and other vices; the list is long. Yes, these issues affect people from all areas of society. But that doesn’t mean athletes shouldn’t have the resources they need to help handle them. For so long, sport has been credited for providing a positive sense of wellbeing in mind and body for those who pursue it, and for its influence as a uniting and morale-boosting force for the public who follow it during the good times and the bad. Athletes are as deserving as anyone of having access to a specialised and independent support organisation on which they can lean for help and counsel without retribution from peers, coaches, team or association they represent.

Whether an athlete is struggling with pressures from within their sport, or with private challenges on the homefront, mental health issues can soon turn from small seeds of doubt and anxiety into life-destroying forces. But increasingly, as elite sport becomes a bigger industry, athletes are seen as disposable pawns. Sport is leaning less on the amateur ideals that spawned most people’s love of sport in their infant years. Instead, it is dependent on its commercial value, as the powerbrokers fight for media and broadcasting rights, sponsorship deals, team and club ownerships, membership bases, supporter travel tours and myriad other business initiatives. And with that, expectations for victory become demands.

Time to make a difference

How athletes respond to the increasing pressures of the sporting limelight, and to the fate dealt to them in the shadow of retirement, varies. Many fear that speaking out might be perceived as a weakness; one that could lead to non-selection, the non-renewal of a contract or even the end of their chosen sport. Others struggle with seeing beyond the end of their sporting career. Without a structure and support they are left flailing, with no sense of purpose or identity. And without help, these mental stresses can become overwhelming. Which in turn can lead to tragic outcomes, much like the one that led me to the Penshurst Presbyterian Church.

Wooldridge’s death – and the deaths of a number of other friends this year – caused me to re-evaluate my purpose at this time of my life, to appreciate the fragility of what time we have on this planet. It also led me to ask how I might be able to use my journalistic skills and sports experience in a new direction. One that might help others whose lives are yet to be fully lived not end in suicide. This in turn led me to Crossing the Line and the opportunity to help it help athletes develop as people during their sporting careers – rather than solely as athletes fuelled by the need to win – and to prepare them for transition into post-competitive life.

There is no underplaying the sheer sadness of suicide; the need for urgent action to be taken and systems put in place to try to stop such tragedies and confront the issues behind them. But reassuringly, alongside the work of organisations like Crossing the Line there appears to be an optimistic trend among athletes to address suicide and other issues, to speak candidly about their struggles, or positions on social topics.

Both SBS’s Insight and ABC’s Four Corners have this year aired their own shows looking in depth at the hurdles being faced by athletes with mental health issues, with many of these athletes taking part in open panels. Recently in The New York Times, retired swimmers Grant Hackett and Michael Phelps spoke of each other’s difficulties in life, their mateship and how they have helped each other.

We have also heard in recent years and weeks from current or retired high-profile athletes such as Adam Goodes (AFL), David Pocock (ARU), Ian Thorpe (swimming), Ian Roberts (NRL), Daniel Kowalski (swimming), Michelle Payne (horse racing) and Israel Folau (ARU) on their positions on issues like same sex marriage, sexuality, gender equality and racism, conservation, and global warming. In the US, a wave of NFL players have ‘taken a knee’ during the playing of the American national anthem, in protest of alleged police brutality (a move started by former San Francisco 49ers quarterback Colin Kaepernick last year). More than 100 players at games across the NFL have dropped to their knee or remained in locker rooms during the national anthem, much to the anger of US President Donald Trump, who labelled the gesture as disrespectful to the American flag. Others stand arms locked in unity for their black teammates.

Sure, these are not the first times that sports stars have taken public positions on social issues. Sporting history will remind of boxer Muhammad Ali speaking out for civil rights. Likewise 1968 Olympic 200m Gold and Bronze medallists Tommie Smith and John Carlos are remembered for their black gloved fists held in the air while on the medal dais. The Black Power salute was supported by the Australian silver medallist Peter Norman, who in turn faced his own consequences.

But it’s reassuring to see so many athletes from across so many sports speaking out on various issues. And understanding that to speak out isn’t a sign of weakness but of strength. A strength than can not only have a positive impact on the individual, but can empower others to do the same. To show that they are as strong in mind as they are in body, and in turn be better prepared for life during and after their sporting career.

Who knows? One day, it may become common for an athlete’s legacy to not just be viewed by their strength to win medals or titles, but for the strength of their voice in society.