Former Australian rugby union player Al Baxter says he’s “one of the lucky ones”. Not just lucky because he played professional rugby for 12 years, including 69 Tests with the Wallabies, but because he recognised that his sporting career would always be “transient” and worked part-time as an architect in readiness for life after retirement.

“I thought I would be an architect who played a bit of rugby on the side, as opposed to a rugby player who became an architect after,” Baxter, now 40, told Crossing the Line. “That makes it really easy, when you recognise what you’re doing as a professional sportsman is a short-lived transient career.

“I was lucky that I lasted 12 years as professional athlete, when for most people it lasts for less than that.”

Baxter earned his architecture degree at Sydney University in 2000 and then his rugby career took off. From 2000 to 2011, it took him from the Northern Suburbs in Sydney to the NSW Waratahs Super Rugby franchise and then the Wallabies, with whom he played in two World Cups. He became Australia’s most capped prop forward when he retired (and remains the third most capped prop today).

Designing a life after sport

Baxter’s passion for architecture fitted well with his love of rugby – after all, his specialty area was, and still is, in stadium design.

“It is really important, when you are professional athlete … that you understand it is only a small part of what the rest of your life is going to be,” he says. “Obviously, you give it 100 per cent, but if you don’t have something to look forward to when you finish up [in sport] – something you really want to get out of bed for – then that’s a really hard way to live.

“It’s hard to go from being really good at something – top of the game – to not really knowing what they want to do or how they do it.”

During his playing years, Baxter worked part time with Cox Architecture “as much as I could,” and remained working there for four years after his rugby career. Then in early 2016, he joined the architecture and design firm Populous, where he is now an associate principal. The company is currently designing the new Parramatta Stadium and NSW Rugby League training centre.

Baxter, who lives in Sydney, also holds several board roles, including as a Trustee of Sydney Living Museums (formerly the Historic Houses Trust of NSW), a director on the SLM Foundation Board and a Director of Waratahs Rugby.

It’s time to speak out

As successful as Baxter’s transition has been, sadly it isn’t reflective of the transitions of many athletes. And he recognises the process can often leave retired athletes – or those on the cusp of retirement – wrestling with mental health issues.

October 10 is World Mental Health Day, and Baxter’s message is twofold. Firstly, to athletes finding it hard to cope, to reach out and ask for help. Secondly, for people who know or sense others are struggling, to ask “Are you okay?” and offer support.

Baxter counts himself fortunate for not having to deal with the mental health issues that plague many current and former athletes. But he has not been spared the pain of the consequences. The memory of his former Waratahs and Wallaby teammate Dan Vickerman, who died by suicide in February, is a constant reminder of the price that can be paid.

“If these issues are not dealt with and recognised, they can become fatal and effect a lot of other people,” he says. “Hopefully mental illnesses become less and less of a taboo, and more recognised as legitimate and serious conditions. They need to be treated as seriously and quickly as possible, and not hidden or swept under the carpet.”

Baxter cites AFL Swans footballer Lance Franklin as an example of what he hopes to see more struggling athletes do. Franklin decided to take leave from the game to deal with mental health issues just before the 2015 finals.

“It is becoming more accepted. People are more willing to put their hand up as Lance Franklin did. He said, ‘I just need time off to sort myself out.’ Like any disease, if you had cancer or a serious issue, you would put your hand out to say I need time to sort this out.”

In a Channel Seven Saturday Night Footy interview, recorded five days before returning for the Swans in the 2016 season opener, Franklin said he found it hard to speak about his issues, but that going public was the best step he made.

“It had been an issue for a little while with me, but … I wasn’t able to talk about it and I was a little bit embarrassed about it,” Franklin said in the interview. “But for me, being able to speak to the football club, my partner and my family was the best decision I ever made. At that stage not playing finals football was disappointing, but I’m so glad I did it. I feel much better about myself now and things are looking up.”

Baxter says that during his rugby career players would avoid speaking about their problems, physical or mental, especially to a coach. They feared it could be seen as a weakness and impact their rugby future.

“You want to present a face or front to the coaches that you are uninjured in any aspect,” he says. “So obviously, if you have a bad knee, a bad back or something, you do all you can to get through training and prove you are one hundred per cent.

“I was lucky to not have any mental health issues when I was playing, but I am sure it is exactly the same … You don’t want to show to your teammates, opposition, coaches or anyone that you are physically and mentally weak in any way.”

Many other athletes have spoken openly of their fight with mental health issues this year, and on a range of platforms.

At the Crossing the Line summit in Sydney in February, Olympic rowing champion Kim Brennan, now working at EY as manager of EY Technology, encouraged young athletes to start planning and preparing for post-sport careers, saying it could help deter mental health problems.

Brennan’s elite rowing career that began in 2006 at the Australian Institute of Sport and came to end after her single sculls gold medal win at the 2016 Olympics in Rio. During that time, she earned a Media and Communications/Law degree at the University of Melbourne, graduating in 2010, and worked part-time as a lawyer.

“It’s about having other elements to you as a person,” Brennan said at the summit. “So, I say, ‘I’m not just Kim the rower, I’m Kim and I can row a boat but I can also do a lot of other things’.

Former Wests Tigers vice-captain Dene Halatau also spoke at the summit. On his retirement as an NRL player at the end of the 2016 season, Halatau said: “I wasn’t really prepared for it, I thought I’d be playing that final week because we had a chance to make the finals but we got smashed and as soon as that happened I just realised I wouldn’t be doing that ever again.

“I never thought I bought into the hype or the pats on the back but it was pretty gratifying to know people enjoyed what I did for a living.

“As soon as that whistle went and I knew I wouldn’t get the chance to do it again … it was a real sense of loss.”

Today, Halatau works as an NRL Wellbeing and Education Programs officer. On his post-football life, he said at the summit: “I’m focusing on the positives, I’m getting [a lot] out of having a lot more energy at home with the kids and being able to play with them instead of saying ‘you play, I’ll watch because I’m tired from training’.

“So, I’m having those little wins and refocusing what those things mean to me … I feel like I’m a better dad now that I’ve retired from the game.”

Crossing the Line’s next summit is in Sydney on November 10 and focuses specifically on athlete mental health and dual pathways. You can get tickets here. 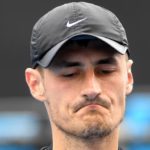 A year out could be the perfect tonic for Tomic

Bernard Tomic is burned out. He is displaying all the signs of an athlete who is not feeling his sport anymore. 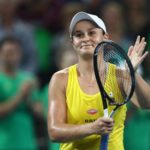 Ash Barty: The power of time off

Ash Barty got mentally burned out and so took some time off. Far from career suicide, she is now French Open champion and Wimbledon favourite.