Awesome article below on the Jenny Owens site on the ‘Cross Over”.

Check out her site

“Not for a second did I think adjusting to “life after sport” would be easy but I certainly thought it would be easier than my last attempt, considering I felt I knew what was ahead of me! It has been said: “A sport’s star will die twice, the first time at retirement!”
What happens when your time comes to an end? If you aren’t an athlete, then who are you?” 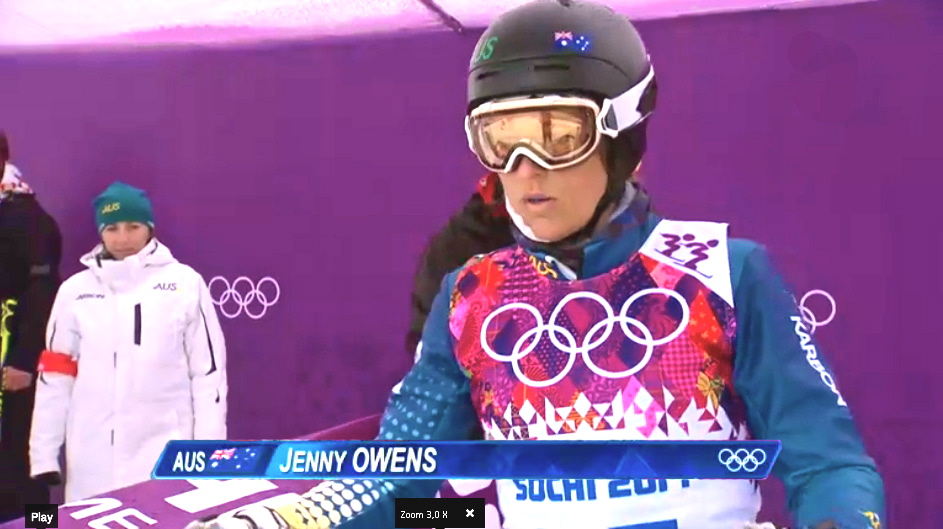 Athletes train extensively for years, in many cases consuming the majority of their lives, often making significant personal sacrifices in order to pursue dreams of glory, sporting perfection, a unique and generally satisfying lifestyle. The life often includes making very large financial sacrifices, moving away from family/friends to train full-time, falling behind on studies and giving up on personal and romantic relationships. When you dream big as an athlete, the risk of failure is huge and when it happens (as it always does along the way) it’s usually very public.
The transition that is made by professional athletes from a full-time athletic career to that of retirement has seen lots of comment in the sports media; however, it’s only in recent years that it has started to attract formal study. The transition to ‘real life’ is often found to be difficult because of the sudden cut-off of the intense demands of elite athletic performance. When you combine that with the sudden loss of the intense devotion to professional competition and its rewards, it’s a significant shift in all sorts of ways.
For those from an extreme sporting background, in my eyes, it’s even tougher to let go in many ways. To no longer be flying down a downhill course at 140 kilometers an hour, soaring off jumps, resisting the g-forces through turns, battling down a ski cross course with other competitors pushing and challenging you, flying off kicker jumps, moving over rollers, pushing your ability to jump things you aren’t totally comfortable doing: That amazing feeling of accomplishment once you cross the finish line with a big, fat grin on your face, after being scared out of your pants to ski down the course in the first place and now hanging to get back up there and do it all again!! It’s all a little sad and hard to let go.

Bill Cole, a world-renowned peak performance coach who has worked with many athletes who have struggled to come to terms with their retirement, has stated that an important reason for the struggle is the profound sense of loss in their lives that many athletes experience after putting their competing days behind them.

“There are even biological factors that play their part: athletes’ experience regular doses of serotonin and adrenaline daily, for many years. When this is suddenly decreased or stopped outright, there’s a huge upset to the chemistry of the body”

“Fear is an incredibly strong emotion. If something scares us, the body immediately releases endorphins, dopamine and norepinephrine. Endorphins mitigate pain. Dopamine and norepinephrine are performance enhancers. There haven’t been direct studies on so-called ‘action sports’, but the general scientific thinking is that the more fearful a certain sport makes you, the greater the release of these chemicals. The greater the release of these chemicals, the greater the addiction-like symptoms”, says Dr Michael Davis.
Jenny Owens – lifting weights in the gym NSWIS Jenny Owens – training plyos in the gym
“The problem for action sports and adrenaline junkies is that you need risk to trigger reward. The body gets used to risk. In other words, just like other addicts who need to take more and more of a substance to get back to the level of high they desire, action sports addicts need to up their danger quotient to achieve the same effect”, Dr Greg Berns has also said.
This is why I think I’ve struggled to let go of such a life. I feel the addiction to it. I want it: I need it. Some people might look down on me saying things in this manner but it’s usually because they have no idea about the inside reality of sport in general, or my life specifically. Usually they don’t have an open mind or want to understand either! It’s good to see some studies out there that support my point.
Athletes lose all the time in their competitive life. They live for the challenge, to compete against the best. We hate losing but we’re certainly not afraid of it. You learn the most from losing: it teaches a lot about yourself and others. You learn strategic thinking; one of the biggest tools needed for winning. You learn persistence: another key tool for winning. You learn about hope and optimism: maybe the biggest tool for winning. Losing really teaches you everything. When you lose, you learn. So athletes never stop learning. After all, failure isn’t fatal: It’s human.
To be honest, the life of a ski racer has basically been a lot of fun too! Yes, there are things I won’t miss… physically climbing a mountain for hours to ski the crappiest snow you could ever find! Prepping my skis for training and racing on a never-ending daily basis. Facing the difficulties living with the same small group of people 24/7, 9 months of the year. Training in the rain, wind, hail and blizzards. There are a handful of things I will never miss but there are 5 handfuls of things I will always miss.
Watching the first Ski Cross World Cup of the season in Nakiska Canada in December was really difficult. I was depressed all weekend, it felt very much like a broken heart. Im worried that feeling will always be there…
Don’t get me wrong: I am excited about the new adventures ahead of me but I am much happier under the pressure of competing, coping with the hard days, the challenges, experiencing the daily gains (and the failures), the super highs of success, and of course that adrenaline. I do feel emptiness in my life without sport: I have been playing all sorts of sport since I was old enough to walk, so that part is probably not that surprising I guess…
Where am I now then? I am working a full time job at a great firm: basically 9-5. The people are great, the experience is great but it’s not my dream! I sort of feel like I’m 20 again, trying to figure out what I want in life or is what I’m doing now all there is…? I have a few ideas to explore but nothing is really concrete in my mind yet. I know I love sport, I know I want to be in sport, but finding the right job has been challenging.Dara Torres – Age is just a number.
So basically, I would say I’m still a little lost in life! If I had a spare $25,000, I’d jump at the chance to go and compete again, give it another shot! Some say I am too old but look at Tomas Kraus; he’s still competing at 43. Ophelie David at 38 – and that’s just in Ski Cross. Another good example is Dara Torres, a swimmer from the USA who competed at 5 Olympics and won medals at all 5. Dara also retired 3 times throughout her career! She competed at the Beijing Olympics and won a silver medal in all three of her events at the age 41. ”Don’t put an age limit on your dreams”, Dara says. She also wrote an amazing book “age is just a number”, you should read it!
I tried taking up some new sports at first. I tried Crossfit, then decided I didn’t want to be HUGE! I tried triathlons again, which is sort of enjoyable because I like competing but the experience isn’t the same as skiing! Now I just run for me, but I know that’s likely to get stale too!
I am studying part-time: a Bachelor of Business (Sports Management). I have nearly completed studies to be a personal trainer that I hope to also use one day… so things are moving… but slowly!

I love the experience of being able to give something back and that’s really part of being an Olympian. So many people give to you throughout your career, it’s only right to offer it back. I’ve been working on the ACT Olympic Committee Executive Board and with the Olympian’s Club here in Canberra as part of that. I’ve also been talking with a couple of current athletes here and there, providing advice and direction when they ask for it. It’s been fun and kept me involved and I hope to do more of it in the future.
I guess I’m just struggling to find something in life that will replace most of all of the above! The adrenaline will never be replaced of course, but the need for challenge, accomplishment, the meaning and value that skiing once held for me, I hope and need to find to be happy I think.
Who knows what is around the corner for me………!!