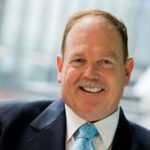 Ross is recognised internationally as an economist and researcher who has had considerable influence on education, research and innovative policy. As a Board member of Universities Australia (UA), he has played a pivotal role in the determination and formulation of public policy, and advocating on behalf of Australia’s universities. Also, through his leadership role with the Australian Technology Network of Universities (ATN) he has supported an emergence of an influential, innovative and strategically positioned network of universities across Australia. The esteem in which he is held by the Australian Government is evidenced by his appointments to major policy-oriented committees and reviews and the award of the Centenary Medal in 2001 for service to Australian society through economics and university administration.

As the CEO of ActivateUTS (2011 – present), Liz is responsible for the leadership and management of the company, including its strategic, financial and governance obligations and its adherence to constitutional objectives.  She does this in conjunction with the ActivateUTS Board, where she is an executive director and company secretary.  Having held senior management roles since 2006, Liz’s experience in leadership, strategy and governance has assisted ActivateUTS in becoming a sustainable not for profit organisation, one that is considered best practice in the student service delivery sector. Representing Australia in the Sydney 2000 Olympics (Volleyball), Liz is passionate about sport, in particular the advancement of sport in the tertiary sector.   She is a Director on the Board of Australian University Sport (2010 – present), as well as a member of the International University Sports Federation (FISU) Gender Equity Committee (2013 – present).  This year Liz has been appointed Chef de Mission for the Australian Team competing in the World University Summer Games (Korea).

John is currently the High Performance Director of Volleyball Australia. Between 1989 and 1995, he was Secretary General of the International Rowing Federation. He was the fifth Director of the Australian Institute of Sport from 1995 to 2001. While he was Director, he supervised the Olympic Athlete Program which was largely responsible for Australia winning 58 medals and finishing 4th on the medal tally at the Sydney Olympics. In 2004, he was appointed by Football Federation Australia to establish a high performance unit.  He was responsible for overseeing the national teams including the Socceroos, Olyroos and Matildas. During this period, the Socceroos qualified for World Cups in Germany and South Africa. Since 1996, he has been a judge of the Court of Arbitration for Sport.

Jonathan Tyler is an Associate Professor and the Deputy Head, Accounting Discipline Group. He researches in Financial Accounting, Auditing and Accounting Education and teaches Introductory Accounting and Auditing. Jonathan is Company Secretary and a Director of Sydney Education Broadcasting (2SER FM) the University of Technology Sydney / Macquarie University radio station in addition to being a director of Crossing the Line Sport.  He is involved outside the University in the dissemination of business information to secondary schools and the community through Australian Business Week. Jonathan is the author of the innovative textbook, ACCT Financial aimed at making the introduction to accounting accessible, enjoyable and applied.