When I was 14  years old I was an absolute rowing maniac. I was obsessed to the point of insanity. I wanted one thing; to compete on the world stage at the highest level. I consumed everything rowing. I was lucky enough to have a talented older sister who was competing on the world stage herself and that gave me belief that if I fed off sibling rivalry I could possibly make it too.

At the World Championships in 1991, Ireland had a real shot at getting it’s first ever world gold medal. Niall O’ Toole was a hero to all us young rowers in Ireland and he duly delivered by winning an historic title. Not only winning, but dominating. As a 14 year old watching this, I was sent into orbit. It was possible, gold medalists were not from Mars and so began my outright focus on becoming world class. Niall’s victory had justified that (I went on to become his team-mate soon after).

At the same World Championships and having watched all the races 100 times over on VCR, I noticed a very strong Canadian woman named Silken Laumann. She also won in a to and fro battle with a Romanian for the gold medal. It was so hard fought. Her name “Silken” belying a hard as nails competitor. She was up for gold at the 1992 Olympics the following year. 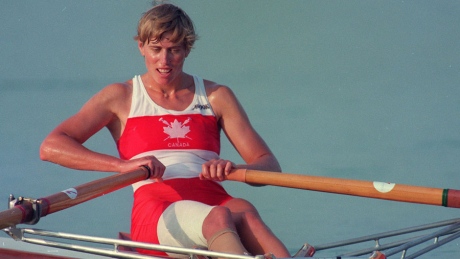 Disaster struck her that year. In a warm up for Essen Regatta in Germany, a regular stop on the Euro circuit, she was involved in a crash with a German pair – both boats going full tilt during warm up routines. She ended up with the German bow entering and exiting her calf muscle a mere two months out from the Games.

99% of the rowing community wrote her off. There was no way she would make it from here. How wrong we all were. Silken battled and defied every single odd to make it into the boat for Barcelona ’92. She even made it into the final. In the final she was involved in a hectic battle for bronze and emerged victorious. She had to use a walking stick to get on to the podium to receive her medal.

Hard as nails. What could ever stop this woman?

In the past, I could never have imagined that somebody with an epic story like Silken Laumann could ever suffer from mental health issues.

What I have come learn is that quite often, many great champions are constantly at war with their human side. The culture and mindset that is developed and encouraged in the sporting realm hides or drives away the human aspects of the athlete instead of embracing certain human issues that are part of the make up of that person. Shouldn’t the sporting world be tackling these issue head on – just like they do against their opposition – and not put them into the too hard basket for them to fester and do damage behind the scenes?

Mental health problems are not the realm of the weak. They are everyone’s realm. The Silken story proves the point.